For commissions, interviews, and queries, get in touch
Textus Roffensis/Textus 900, 2021 to present 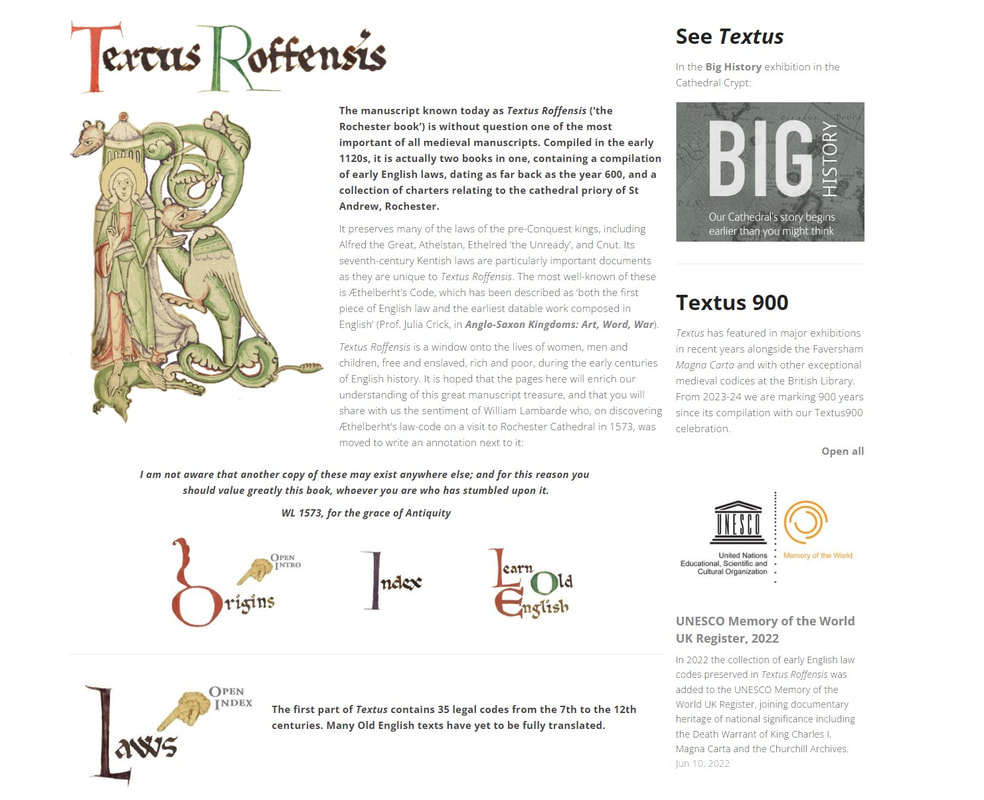 Continuing my work with Rochester Cathedral, which stretches back to 2013, I've more recently been collaborating with Jacob Scott, the online curator of Textus Roffensis.
Together we are gradually transcribing and translating every text in this internationally important manuscript, now officially recognised by UNESCO.
In addition, along with other contributors, I've been writing new public history pieces which interpret the contents of Textus.
Please check out the Textus Roffensis pages.
Textus pages

I've been working hard on a food history project, which will culminate in a new book, How to Cook in the Fourteenth Century. Alongside the research and writing, I've also started a new YouTube channel which is devoted to recreations of medieval recipes, with an emphasis on the cookery book of King Richard II, known as Fourme of Cury (c.1390).

Lyricist-translator for Clive Nolan, Song of the Wildlands, 2020-21

Clive Nolan, musician, singer, composer and producer, is a leading light in the recent development of progressive and symphonic rock.
Clive was looking for someone to translate his words and ideas for the chorus sections of his new album project, Song of the Wildlands, a retelling of the famous Old English epic, Beowulf. And that's where I came in, writing the Old English words for the album which, by the way, is stunning.
Above, you can see Clive's Wildland Warriors passionately singing the Dragon Fire chorus. It's still amazing several months on whenever I hear them singing the very words I penned. And I always have to join in!
Song of the Wildlands was released in 2021 and is available here in various formats, vinyl, CD, digital downloads, and as a beautifully illustrated 'ear-book'. 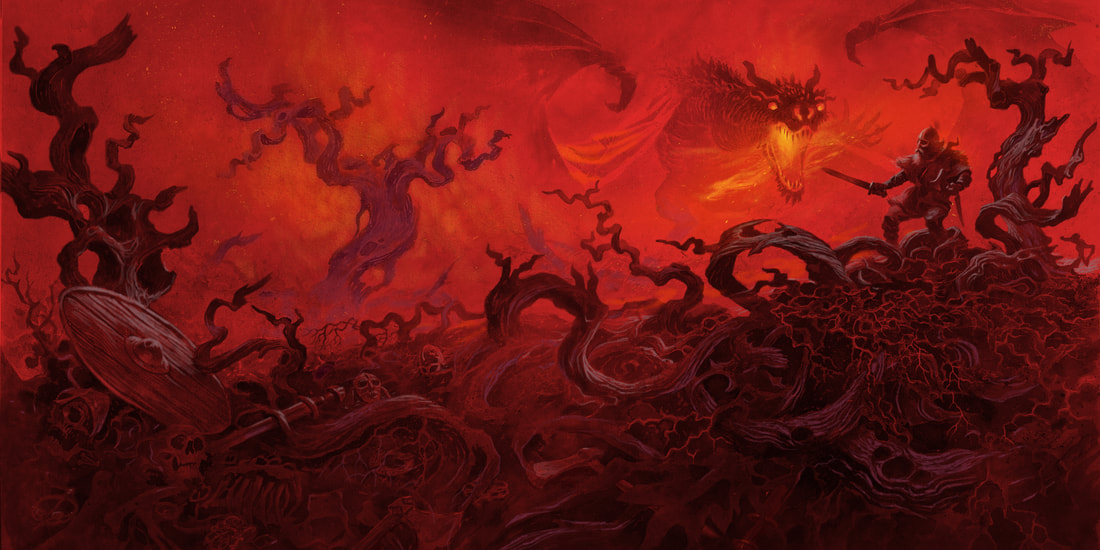 "Join Arthurian immortals Sir Lancelot Du Lac and Morgana le Fey on a thrilling quest to stop history's most famous murderer and save the city."
salixgames.com

Salix Games is an indie games developer with a focus on narrative driven adventure games and strong characters.
Jessica Saunder, Salix Games' Creative Director, was a Bafta Breakthrough Brit winner in 2015 and AAA sound designer for Batman Arkham Knight, Fable Heroes and Kinect Sports, and it was great collaborating with her and her team.
I worked as one of the historical consultants, advising on historical points of reference for the writers and artists. You will see from the video above that the game is set in Victorian London, but it also includes flashback scenes to early medieval Britain, to the world of the fabled King Arthur, his knight Sir Lancelot (Du Lac in the game) and the sorceress Morgan le Fey (Fey, the hound, in the game). So that's where I came in as a specialist in medieval culture. One particular fun part was translating a number of spells into Old English.

Filmed on location on Lindisfarne and St Cuthbert's Isle, I discuss the terrors of the Viking raid in 793.  I thoroughly enjoyed myself working with the DragonsheadFilms team. Many thanks to Jeremy Freeston, producer, writer, cameraman and all-round good Viking.
Episode 1 on demand 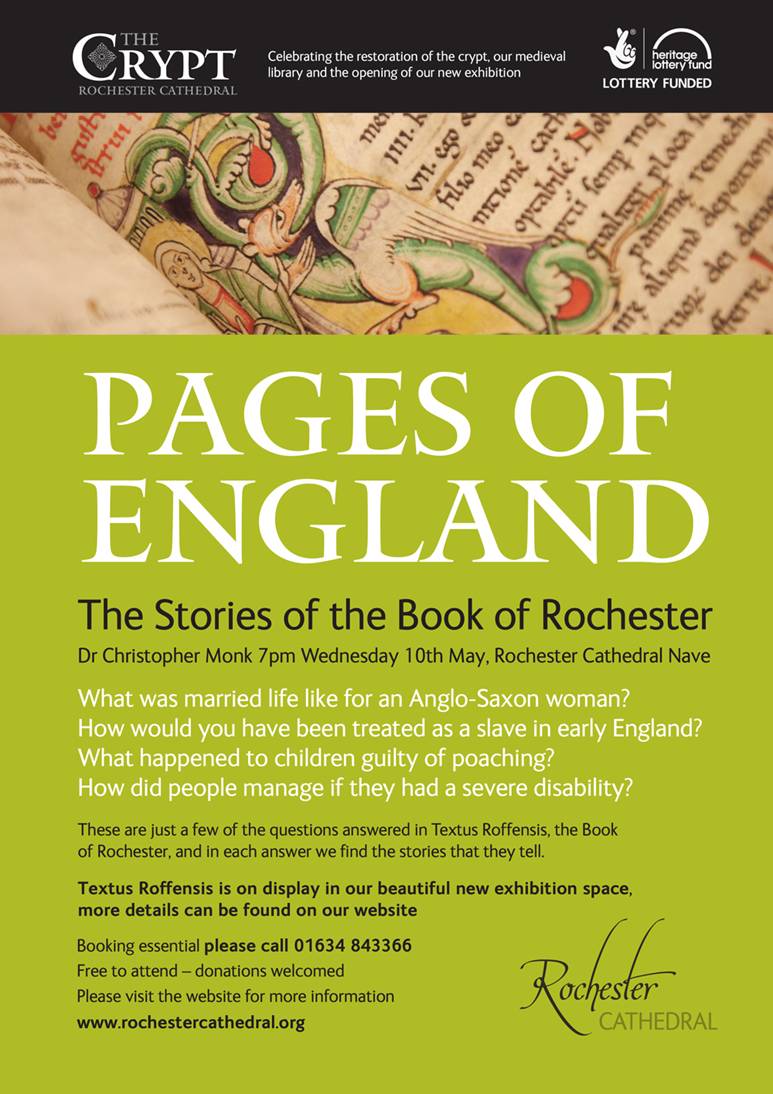 I was commissioned by Rochester Cathedral to work on its exhibition, Hidden Treasures, Fresh Expressions. The work included examining the cathedral's most important manuscript, Textus Roffensis ('The Book of Rochester'), compiled and written by a leading scribe of Rochester Cathedral Priory in the early 1120s.
As part of the project, I wrote the narration and performed the voice-over for a number of interactives for the exhibition's 'turn-the-pages', virtual Textus Roffensis. These were designed and created by the wonderful Fuzzy Duck at MediaCity UK, with whom I later collaborated on the animation project for All Saints Church, Ilkley (above).
I wrote the script and did the voice-over for the short film, Scribal Practices, which you can watch on the embedded video above.
In the preliminary stages of the project, I performed a number of readings from Textus Roffensis, recorded by Phil Smethurst, and these are available on YouTube.
Readings of Textus Roffensis